💡
This page presents the various inspirational projects I listed after the first Fabricademy lecture. If you want to know how I used and modified this documentation website, you can read about it on this page.

Here is a vaguely organised list of projects I like very much. Some of them I discovered last week during the lectures, some others I've known for some time. They are inspirational to me, in their meaning, their form, or both.

I am very drawn to projects that involve music, for example the MI-MU Gloves, or the CuteCircuit Sound shirt.

The gloves use body movement inputs to produce sounds, whereas the shirt takes the sound as an input in order to produce a feeling in the body, but to me they are linked in how they introduce a new way to think about music.

The MI-MU gloves and the Sound shirt from CuteCircuit

From Fabricademy alumni, I noticed these 2 projects from 2019 that I really liked:

Here, the Stitch synth is more about producing music in a new way, and the Dancing shoes take movement induced by music as an input to produce something else.

During the "Fashion Tech inspiration" lecture last Thursday, when presenting the Oiko-nomic Threads project (which I loved!), Anastasia described it as "showing the intangible", and this resonated with me as something that I'd like to do.

Oiko-nomic Threads is an installation that generates a textile created algorithmically, weaving data from the National Employment Office into patterns inspired by Greek folk art. The idea to merge political or sociological data with a traditional technique and textile, that in itself says something about this data, is very interesting to me.

On another theme, it made me think of this project: The sleep blanket. 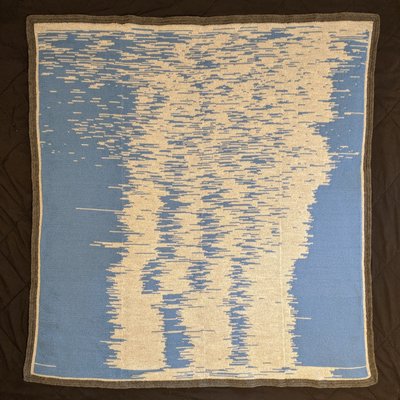 The Sleep Blanket (picture from @Lagomorpho)

Seung Lee knitted a blanket with a pattern that represents the sleep cycles of his son over his first year of life. I like the idea of showing this data in an everyday object, particularly with textile.

This also makes me think of the Climate Stripes, used to show the evolution of long-term temperature trends.

The Climate Stripes (picture from the Wikipedia article)

They allow us to understand the extent of the phenomenon at a glance, and I find it very impactful.

The Hug Shirt by CuteCircuit, that lets you send long-distance hugs, made me think about this project by Suz Hinton:

The P.U.R.R. bracelet monitors your pulse, and when it feels like you're going to have an anxiety attack, it sends you a text message with a cute cat picture. In both cases the object interacts with you to make you feel better.

In another kind of interaction, but in the same soothing way, there is this painting by Jie Qi, that comes to life when you blow on it. For me this painting really manages to evoke a peaceful and joyous feeling.

I generally love when there's an immediate interaction with the created object. It is also the case in this Fabricademy project from 2 years ago : A tapestry that changes color with people's interactions, by Al-Zahra’a Al-Omari. It kind of gives a feeling of something almost "magical".

I love interaction, and even more when it is used to tell a story, like in the "Textales" project of Kristi Kuusk. The idea to use a blanket and technology to tell a story seems so fun to me.

From last year's projects, the soft book by Loana Flores, "What iff ??" gives me the same feeling. It uses technology and a researched narrative as a means to interact with a redesigned everyday object.

In terms of narrative and gameplay, I like to draw inspiration from games: board games, video games... They can be a great way to tackle real-world political or sociological themes, using interactivity and choices rather that the linearity of a classical storytelling. Games like This War of Mine or Papers, Please for example, offer narratives that sometimes make you emotionally uncomfortable, but ultimately makes you understand issues through experience.

Here are some especially poetic video games that I enjoyed, also from a visual point of view. 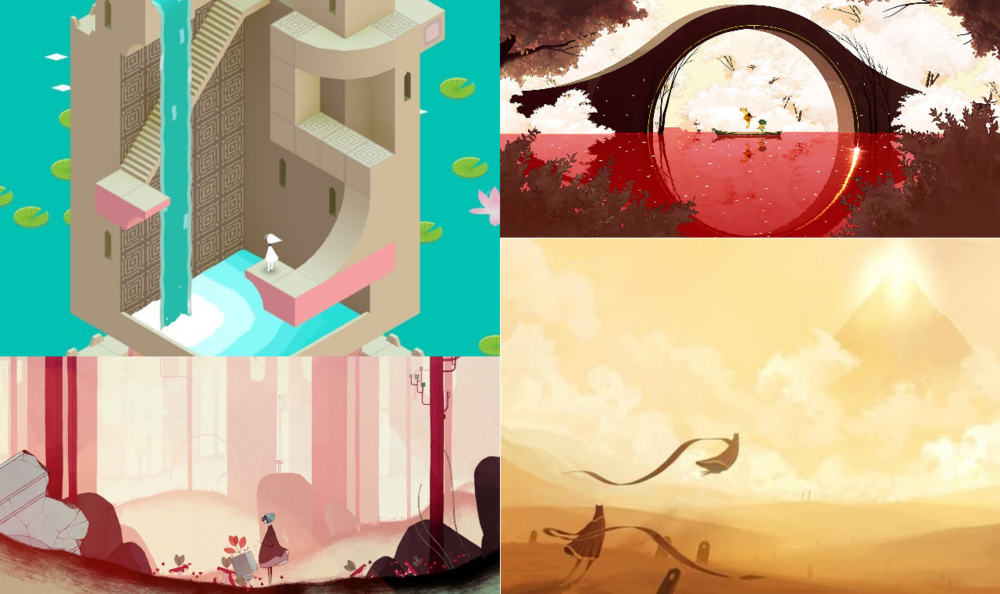 Some video games I like (screenshots from myself or their websites)

I could see myself in a project using a textile object to tell an interactive story...

✨
Overall, I'm excited about all of what's coming with Fabricademy, but I'm particularly looking forward to the following weeks: