This week's lecture was about Soft Robotics, which means constructing robots from soft materials, allowing for increased flexibility and adaptability for accomplishing tasks.

The idea is to draw from the way in which living organisms move and adapt, and use materials that would be similar to those found in organisms. Applications can be found in manufacturing, medicine, artificial muscles, exo-skeletons...

For example, you can find below a soft robotic glove for neuromuscular rehabilitation created by the Wyss Institute at Harvard, or the Pneubotics projects by Otherlab, creating robotic arms that are easy to install, and safe to use around people. 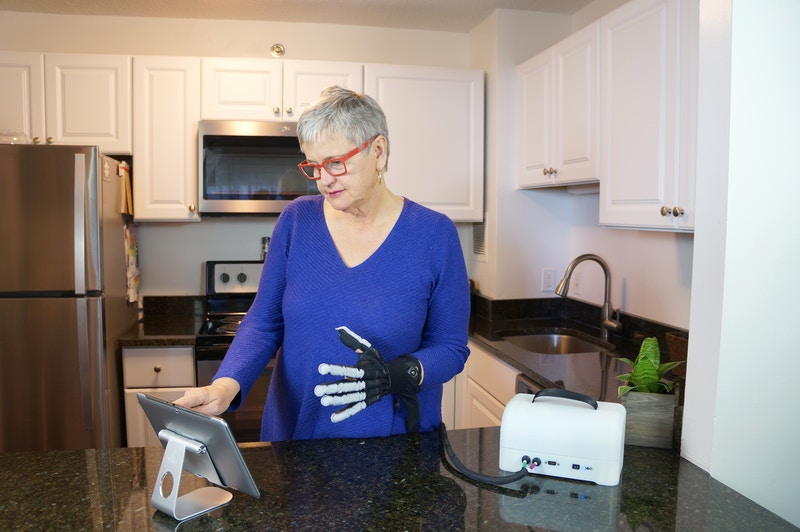 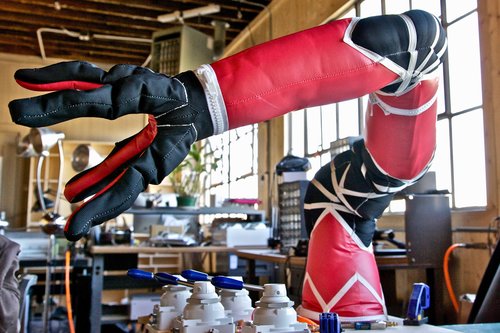 Other example include Matthew Gardiner's experiments fusing origami and robots, or Theo Jensen's amazing "Strandbeests" powered by the wind: 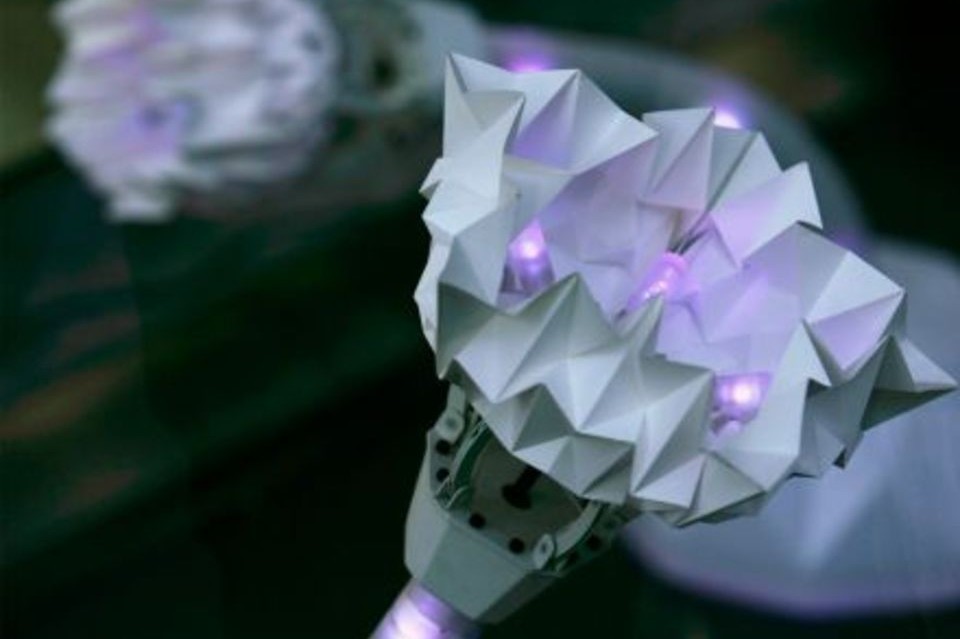 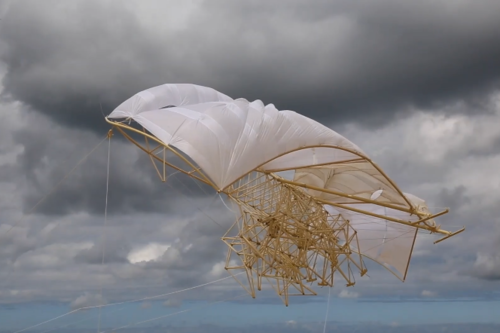 Going even further, the Wyss Institute also works on soft robots powered by chemical reactions and containing absolutely no rigid parts, for example the Octobot:

Inspired by this example from the AeroMorph project from the MIT Media Lab, I wanted to make a self-folding cube:

An illustration from the AeroMorph project

We had a ScanNCut at our disposal this week, so we learned how to use it, and I created these simple files to make the cube: 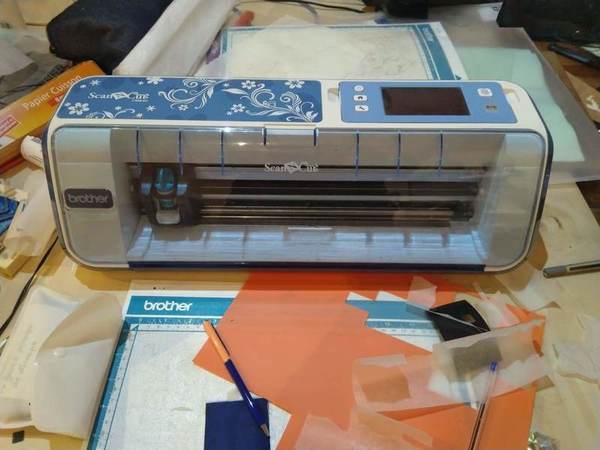 Designing the cube in Rhino and sending it to the ScanNCut

I cut the outer parts from flex vinyl, and the inner part from baking paper. The baking paper was hard to cut on the ScanNCut, it took some trial and error to have the right parameters 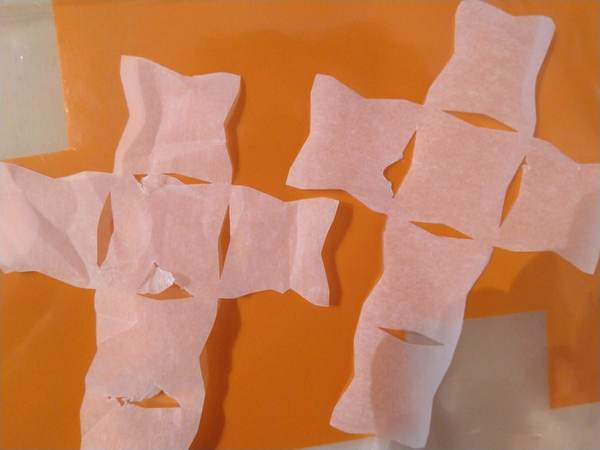 In the end, I used the following parameters: 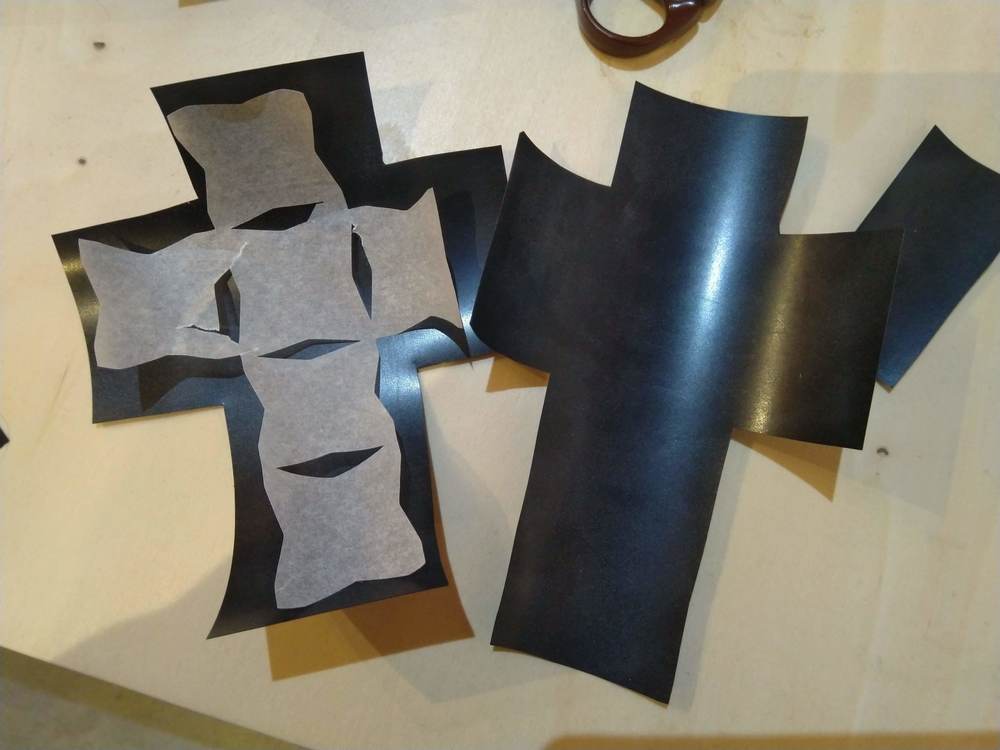 The final vinyl and baking paper

I sealed it on a heating press at 170°C, and peeled of the plastic part. At this point I could see that the sealed part were already quite visible, and trying to inflate it manually marked the faces pretty well:

The cube sealed and ready to inflate

I then inserted a tube at the end and use a heat-shrink tube to seal it properly. I then used an electric air pump to inflate it properly: 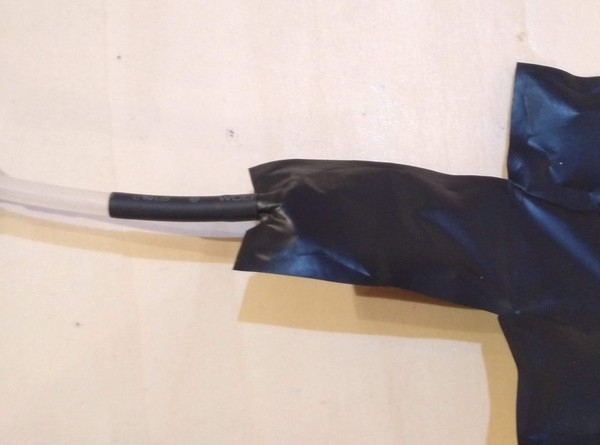 There are several problems with this version:

I tried with other vinyls we had, but the results were not as good as with the first one:

This one had one side in a thick velvet-y vinyl, which I think was not supple enough for this. Anyway, I sealed the end a bit too much, and couldn't get the tube in: 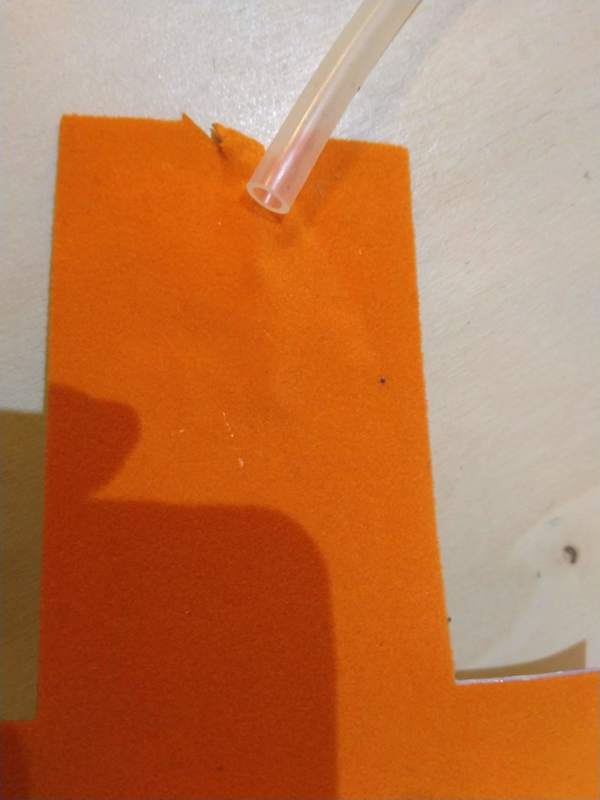 Failing to insert the tube in this cube

I then tried only part of the cube, in this "party vinyl", but sadly id it not inflate very well (the black flex vinyl was definitely the best option):

Here is the file I created and used to cut the different pieces: selffoldingcube.dxf.

Our second project was to make a soft gripper robot like this one:

So we tried it, with the help of Adriana Cabrera's tutorials, and the following resources:

All the files are downloadable from these two sources. First, we 3D-printed the mold:

And then we casted silicon in it. We then made a silicon sheet so that we could later seal these two parts together. We were making two at the same time, so we tried one with fabric, and one without.

The silicon takes some time to dry, as we don't have an oven in the lab, so that's where we are at this point! I will update this page when we've had a chance to continue this experiment!

What's left to do

🤖 Actuating it with Arudino, to try and make it grab things!