A silicon prop that lights up when touched: 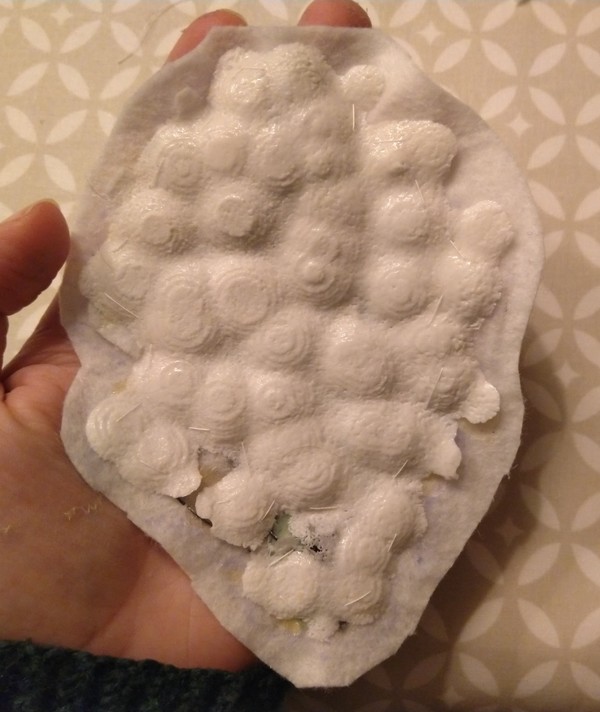 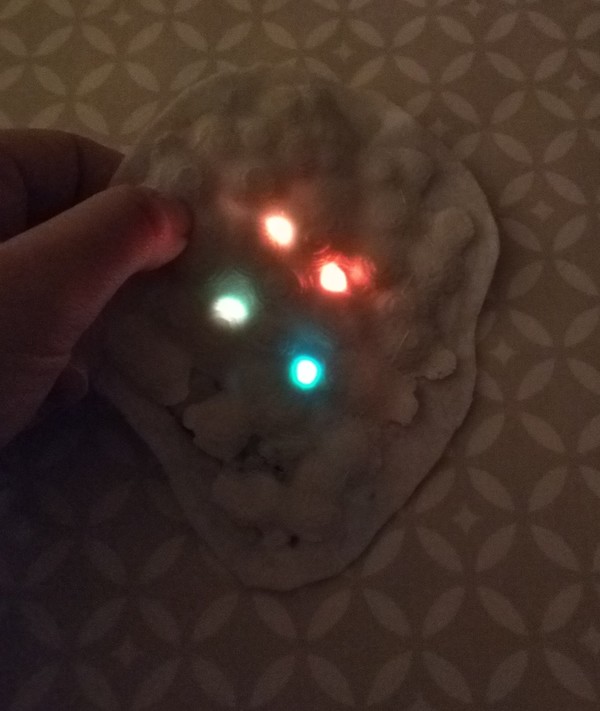 This week's lecture by Katia Vega was a very fun way to end the Fabricademy lectures. Skin Electronics is an experimental and innovative field

💅🏼
Katia Vega works on incorporating technology into cosmetics to make it interactive. She creates Beauty Technology experiments, to add functionality to cosmetics and things we put on our skin. She uses unconscious auto-contact behaviours (for example touching our hair) and turns them into inputs to trigger different objects.

Her project go beyond wearables and integrate circuits onto the skin with tatto paper, into hair extensions, nails, cosmetics, or even using facial muscles to control behaviours. 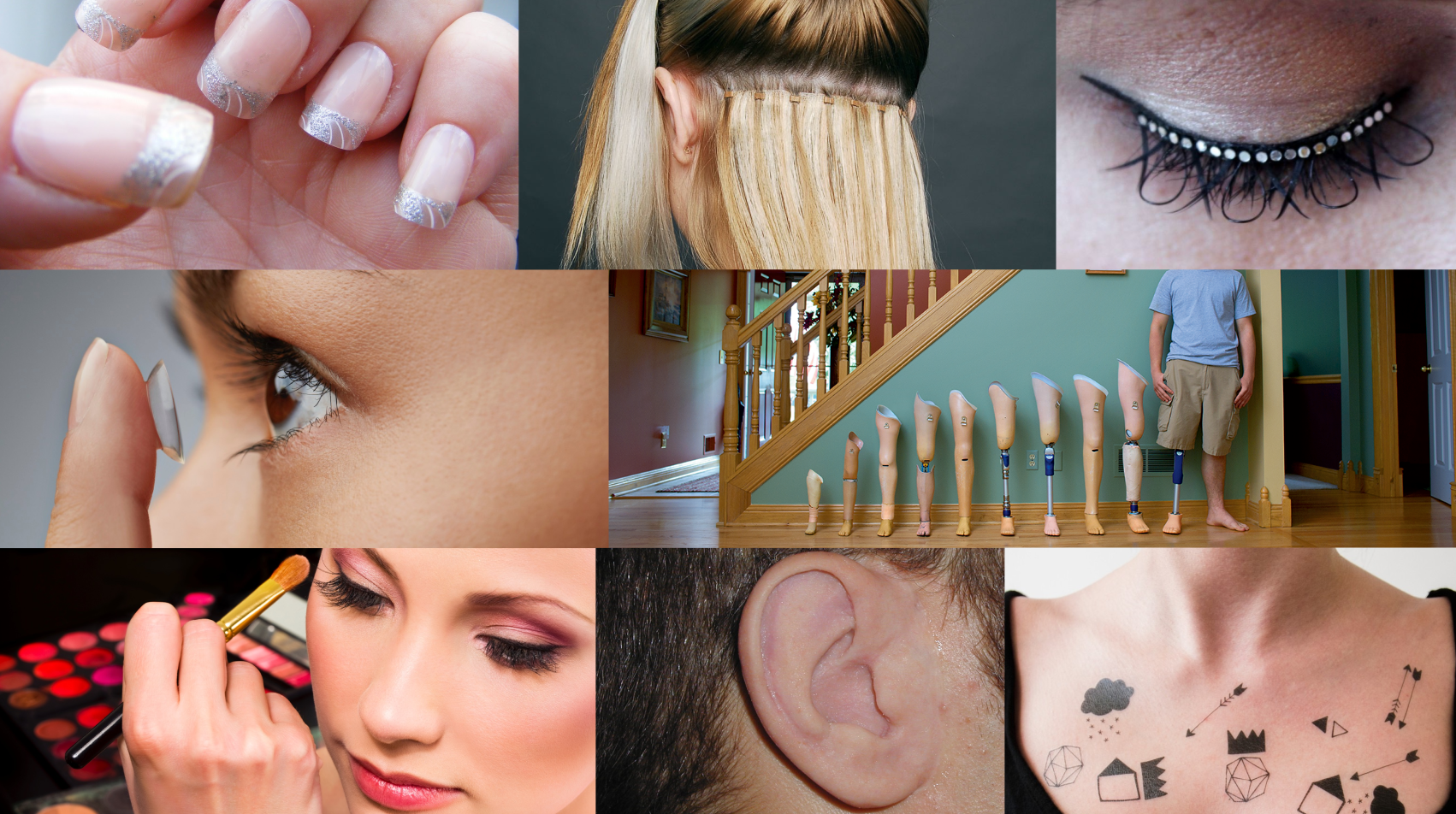 A slide from Katia Vega's lecture

Deciding what to do

Last week for the Soft Robotics experiments, we casted silicon in a 3D mold. We had some silicon left after pouring it in the molds, so we decided to put it inside the vaccuum-molded boiled leather I did in the Textile as Scaffold week:

Using a leather mold for the silicon

It gave us this weirdly textured silicon blob, and we thought we could use it as a "skin extension" and hide a circuit with LEDs underneath. We tested the NeoPixels underneath, and it showed pretty well:

Testing is the silicon is see-through enough, with my swatch from the Wearables week

Here is the circuit I thought of, with the ATtiny, a momentary switch and a 3V battery: 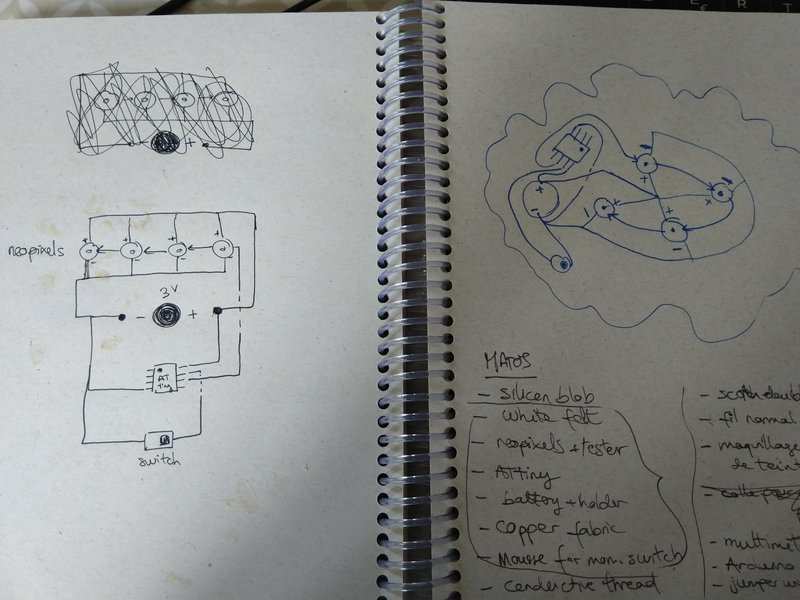 Writing down the circuit and the material needed

First I had to program the ATtiny. Thanks to Emma's tutorial, as always very helpful, I managed to program it using the Arduino UNO as an ISP: 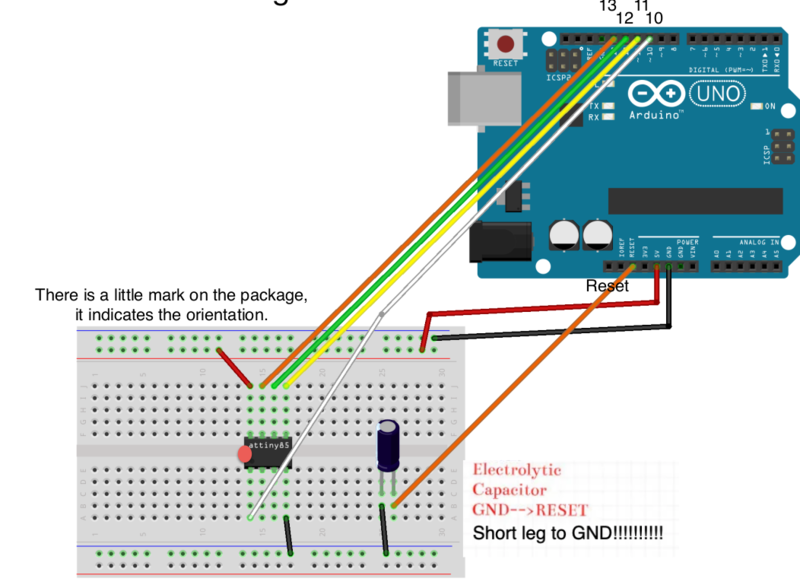 The connections used to program the ATtiny with the Arduino UNO

I uploaded a simple code, adapted from the color wipe Emma sent us, where the NeoPixels light up one after another with a random color, when pressing on the switch.

Testing the new code with my old swatch

With the ATtiny programmed, I could now create the circuit that would go underneath the silicon. I decided to do it with conductive thread on white felt, that I thought would not show too much under the silicon. I tested at every step if everything was still working, removing the wires each time I sewed or glued a new element on the circuit.

Testing the code with the white felt swatch finished

I had some trouble attaching the ATtiny to the circuit; as I am not at home right now, I did not have a soldering iron, so I glued it, and tried to separate the different pins with masking tape. In the process, I broke one of the pins! It's still working though 🙈 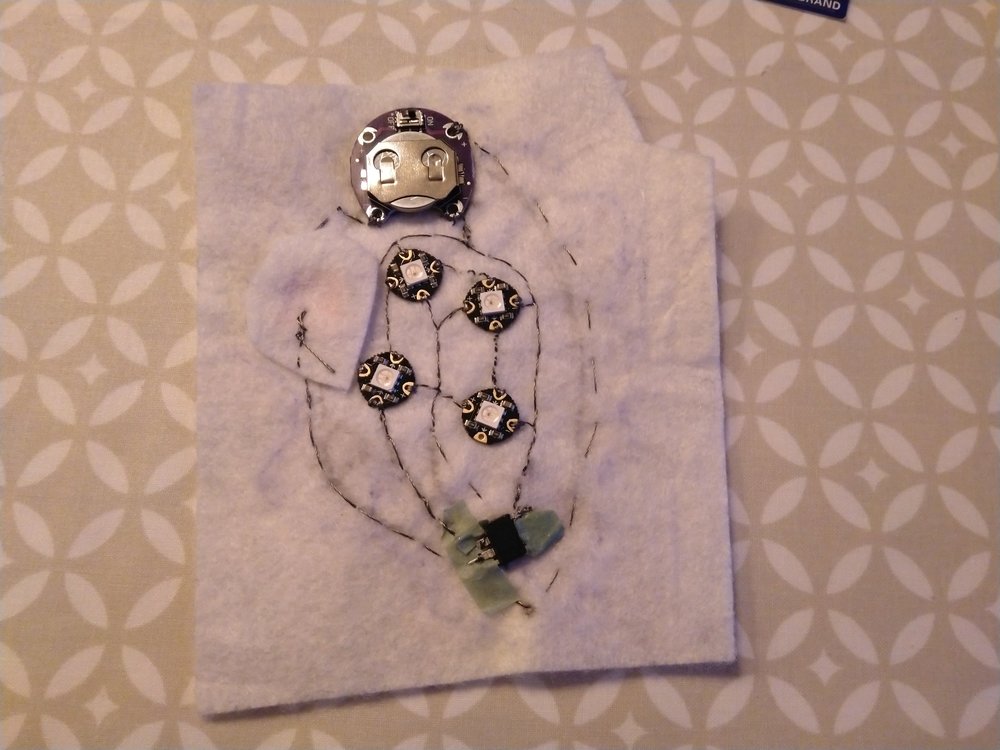 The final circuit on the white felt

I then had A LOT of trouble trying to attach the fabric underneath the silicon. I thought I would glue it, but all the glues I had were not working with the silicon, nor were the double-sided tapes I had. In the end I sewed the two layers together. 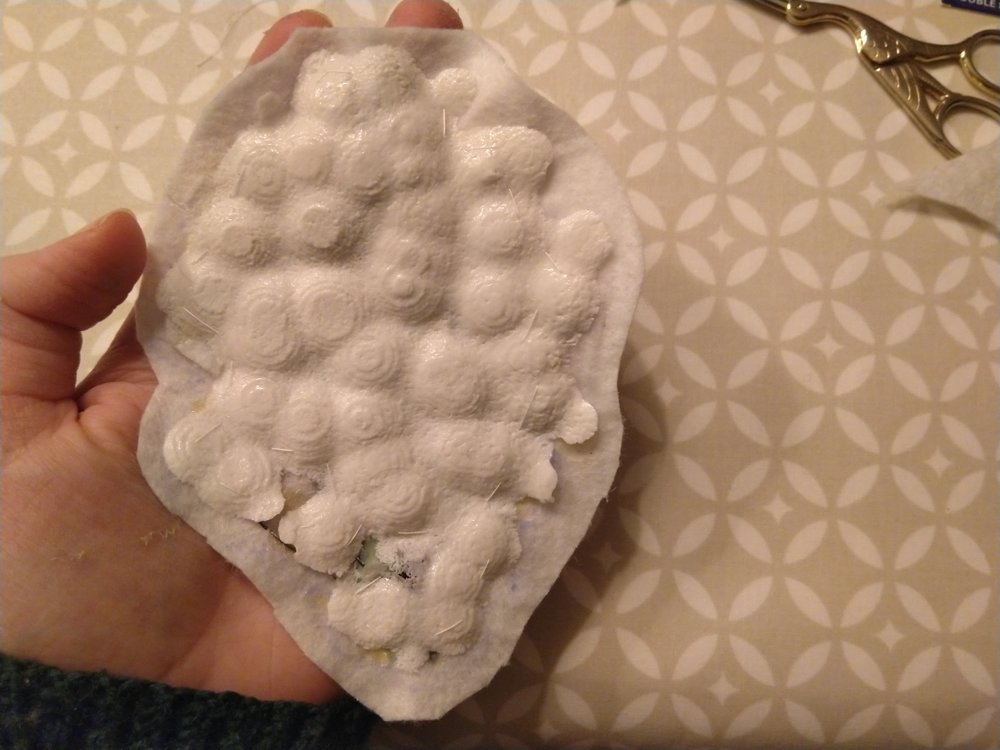 I was surprised and relieved that everything was still working at this point!

The final swatch with the silicon

Trying to integrate it on my skin

I used double-sided tape to attach the felt to my skin, and blended all the edges with white paint and foundation. The result would have been better with something more appropriate for attaching it to the skin, but I was in a rush... 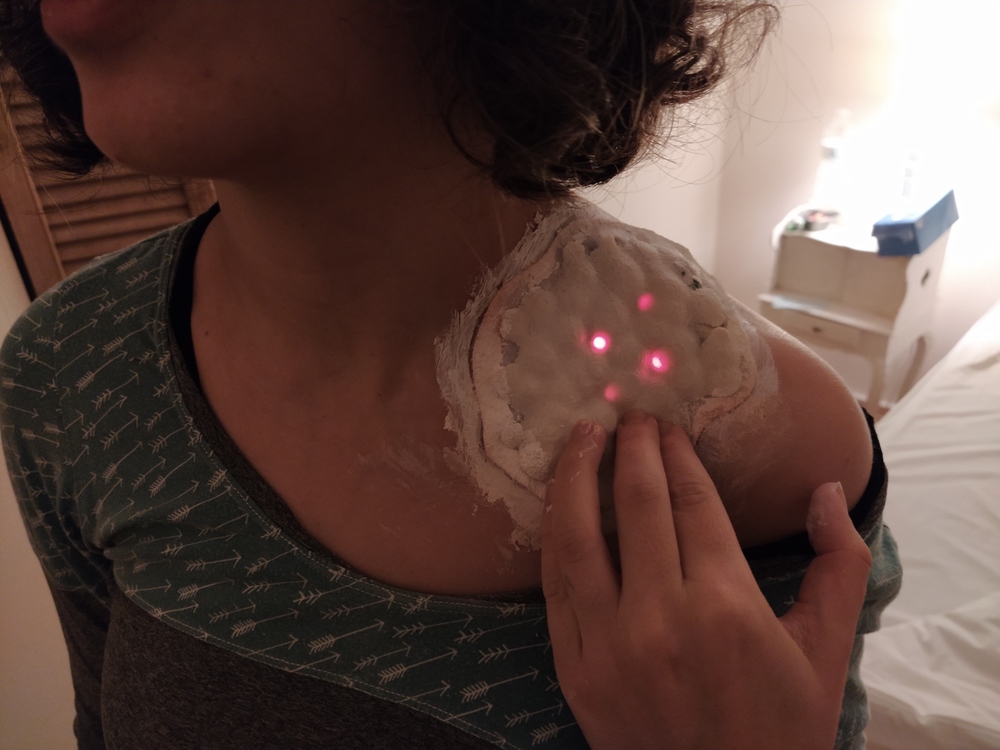 👽 This weird blob would be better if the circuit was properly soldered! I could also have used latex or something that would have sticked to the skin better. Of course It would have meant having all the proper materials, and not doing this yesterday 😅

💅🏼 On a completely other subject, I really liked the idea to put small RFID chips in nails to use them to activate things. I did not have time to try it this week, but I might later in the future.